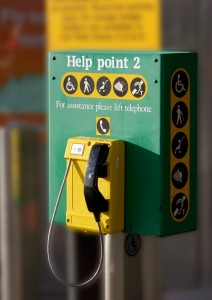 The recent reports of A&E waiting times are an about face worthy of Alice Through The Lookinglass…”Shock 250% rise in patients waiting more than 4 hours in A&E: Six-month total soars by 146,000 – as Labour says crisis is worst in 20 years” from the Daily Mail.

Apparently, since the Government took over the “4 hour wait target” for A&E patients introduced by Labour in 2002, waiting times are supposed to have rocketted.

Not long ago, in the days of Labour, the Press were tutting over the fact that the 4 hour wait target was causing patients to be left in ambulances rather than being brought into A&E departments for the clock to start ticking…now it’s missing the target that is the issue.

The Guardian further explains that “NHS failed to meet four-hour A&E targets for past two months” and that 93.3% of patients have been dealt with under the 4 hours instead of the required 95%…and this is with 1 million patients more being dealt with than in a similar period last year.  Ahhh…that explains it then…there are just too many people presented at A&E…

The Scotsman seems to have it right with their stirring story “A&E patients told: If it’s not an emergency, visit GP” and quite right too. Its the worried well that cause prolems not only in emergency situations at A&E but also with England’s new 111 Service where the volume of call to this urgent number have brought down the systems.

If I was in A&E with a life threatening problem and the guy next to me was being treated for a cut finger as he was nearing the 4 hour wait target I’d be pretty vocal. Surely it’s the triage professionals that should be making the decisions about who is seen first? About who is emergency and who is urgent?

They could always install direct lines to the 111 Service in the A&Es for those who are fed up of waiting.