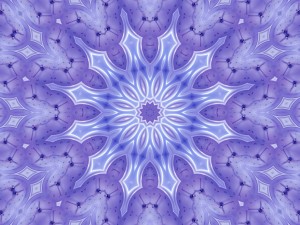 I’ve been having a “bit of a moment” over the last few months where the superficiality of leadership in business in general and government specifically has caused me lots of tutting and fuffing.

It’s finally dawned on me what’s bothering me and wondered if my conclusions made sense to anyone else?

I realised a while ago that one business driver in the health sector was the sheer complexity of information around the provision of health care now. The volume of data available to inform decisions is so vast and disparate that we cannot expect an individual to consider it all when reaching decisions about care journeys and pathways. When things go wrong it is always easy for others to point to yet another set of data which “should” have been considered.

But what sort of systems are available to our business and government leaders to help them to consider all that is under their jurisdiction and to keep track of it? Nothing…they are reliant on their staff to provide them with an objective view of what’s happening and they need to be asking the right people, the right questions…even down to what they are actually spending.

Now, in my experience neither of these things happen with any rigour, if they can be avoided, as it’s all takes too much commitment to basic information gathering and analysis, when there are fun things like self-promotion to be done.

The result of this failure to gather information is that whole businesses and departments can be so badly off track before those who are leading them have any idea that things might not be as they seem.

The reaction of the leadership and their staff is to spin the real reasons that the situation is so far out of control…shock, horror…thereby maintaining the status quo and protecting both set of jobs.

We’ve seen it in government departments and the private sector…in banking it seems to be part of a standardised cycle with fines every year. It is a useful technique to master if you are a business leader who wants to avoid being saddled with responsibility…

…the alternative, which seems to have fallen out of fashion is “the buck stops here”. 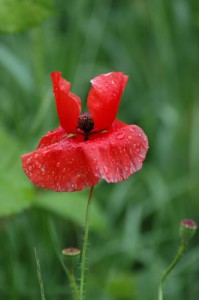 Something’s been bothering me over the last few weeks…something I couldn’t quite put my finger on…until last Saturday night.

I was jigging along with the rest of the crowd singing along to Kaiser Chiefs’ “The Angry Mob”, when I had a light bulb moment.

The Country is in dire straits, people are feeling the pinch, unemployment is high, prices are rising, housing is slumped and it all seems a bit too much for most people, me included…but it’s the way we deal with it that I believe is starting to divide the Country.

There seems to me to be worryingly large groups of people in the UK who are responding to the pressure by saying “if I can’t have it, why should they“.

All evidence of what we are turning to…mob rule.

The mob resents success…is jealous of anyone who seems to “have it”.  It’s called “tall poppy syndrome”…but whatever you call it, it’s nasty.

How can we possibly create jobs in the UK if we can’t attract businesses to set up here?  Who will set up business here if we don’t welcome the successful?  It’s a downward spiral and one we don’t need.

Maybe now I realise that the Kaiser Chiefs attract far too many shaved heads with much too much camouflage clothing, but it was worth it to experience the mob mind…the anger was palpable.

In the words of the Chiefs, “We like who we like, We hate who we hate, But we’re also easily swayed”.

I’m going to jump on the Bank Bonus Bandwagon today and throw in my two pennies’ worth.Stephen Hester has been turned into a scapegoat in the worst way…following the demands of the baying mob representing the British public.

Finance sector pay has always been a glittering prize for the types of people who can do the work against the “City mentality” which is often fickle, crude, cutthroat and sexist…but if the UK finance sector isn’t worth saving, why did Mr Cameron stand up in the EU last month to exclude us from new taxes on financial transactions?

Pay in the sector is in a whole other ballpark compared with the rest of us mere mortals, but that’s what it is and forcing one bank to reduce its staff rewards can only have the effect of reducing the attractiveness of that bank as a place to work.  Perhaps that’s the reasoning…it’s the taxpayers’ bank so let’s turn it into another public sector institution.

I do understand that the sour grapes of the majority of people who don’t earn anywhere near his salary and bonus must taste vile, but I do not agree with his breaking under the pressure.  Think of the £500K the taxman is missing…

We attracted him to the job by offering him a market-aware pay package.  The man has done the job he was asked (maybe he wasn’t asked to do enough, but that’s down to the RBS Board), for the payment he was promised and now we don’t want to pay him.

If I was him I’d have taken the pay and then resigned…it would have been interesting to see who would take on the poisoned chalice…and even better if the public got what they deserved in his place.

Who’s going to apply for that job when he leaves?  Someone with a “vocation” to run the taxpayers’ bank?  Well, one thing I will predict is that it won’t be anyone who has a real option to work elsewhere.

It reminds me of the fairy story of the Pied Piper of Hamelin.  The villagers were desperate for his services and promised him a pretty penny if he achieved their goals…and when he did the villagers refused to pay him.  The people got their comeuppance in the worst way possible…