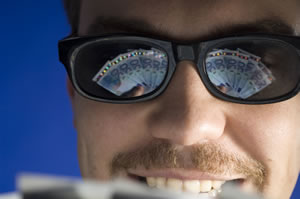 The Government’s NHS Bill is causing more unrest than any other bill I can remember…and yet it appears that it’s being pushed through far too quickly for something as important as this, leaving outsiders and insiders alike feeling railroaded.

The recorded aims of the Bill is to: create an Independent NHS Board; promote patient choice; and reduce NHS costs seem reasonable; so what’s going wrong?

Firstly, Mr Lansley’s approach to consultation has yet again got stakeholders’ backs up.  The Government seems to have learned nothing from the last major upheaval following the formation of the NHS National Programme for IT (NPfIT) in April 2005.  By August of that year, health sector bodies were complaining about the lack of consultation, an issue which dogged the life of the Programme and made every change unpopular with front line staff regardless of its expected benefits.

And now history is repeating itself…the latest news is that David Cameron has organised a summit with healthcare professionals to discuss how to implement the reforms excluding his critics.  Press reports say that some of the Royal Colleges such as the Royal College of General Practitioners have been excluded.

In life, most successful people learn that it is better to engage with their dissenters and work through the issues patiently and methodically…or face challenge at every step.  Half-hearted attempts to “listen” won’t cut it, especially where an institution as precious as the NHS is concerned.

The Government have already had one “pause for thought” and are saying that they are not planning a second indicating that they will be pressing on with what seems to be the most unpopular reform to hit the NHS…even in the light of an e-petition on the government website attaining 120,000 signatories calling for the bill to be dropped.

Secondly, what are we all missing in the small print?  I have been hearing the arguments for and against, but I am now beginning to feel uneasy enough to see for myself.  I thought I’d have my own reading of the Bill, which seemed like a good idea, except that the bill has over 350 pages, containing over 280 clauses.  Not many people will have read the Bill and I doubt whether those voting on it will have put in the time and effort to understand the consequences of its reforms.

My suspicions have increased…in situations like this my key thought is “follow the money”…who will be benefiting financially from this? Is that why it needs to be so complicated?

Over the next couple of weeks I’ll be reporting on my findings.