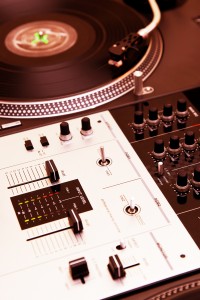 Earlier this week Health Secretary Andrew Lansley published the Department of Health’s long awaited Information Strategy whitepaper “The Power of Information”. It details plans to take all patient records online by 2015…but haven’t we heard all this before?

Back in 2002/3 the National Programme for IT (NPfIT) was born. It promised to do much the same thing, as part of the overall revolutionary plan for NHS interoperability. We all know what happened next – at the last count the Programme had spiralled to £12.4 billion and was officially ‘axed’ in September 2011 with us being years older and no wiser.  I accept that we are a little closer than before to the goal of a standardised, electronic system for patient records across the NHS…but what needs to change to make Mr Lansley’s vision a reality this time around? Here are some pointers:

No one can pretend that any of this will be happening quickly. One of my main concerns is that there is no optional central guidance as to what solutions can be used to deliver on the Strategy. Mr Lansley has instead called on GP surgeries and hospitals to use “imaginative solutions”. It’s true that the top down approach of NPfIT did not work but I think more guidance is needed for those healthcare providers who cut their IT budgets leaving them with no-one to help them make important decisions which will affect their future in competition with the private sector. 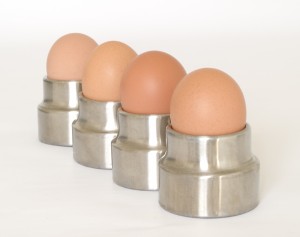 Last week’s news that the NHS has saved £6.1 million by removing about 95,000 ‘ghost patients’ from its GP lists sounds impressive, but it only exposes the tip of the iceberg.  Removing these outdated records from GP lists is a step in the right direction, but there are other pressing reasons why a concentrated clean-up of patient data is needed.

The quality of data supporting the NHS has been poorly controlled for years and now that healthcare information is beginning to be shared between care providers the true extent of the issue is set to be highlighted.   With NHS Trusts under relentless pressure to measure and publish quality outcome indicators and with the increased accountability that directly affects their budgets the need for clean, accurate and accessible data is more important than ever.

To enable health care providers to identify which patients they are actually treating the NHS maintains its Personal Demographics Service (PDS).  The PDS is where data on every recorded NHS patient is held; it’s used by hospitals and other care-providers as the most up-to-date repository of patient identity available.  However, matching the details a patient has given about who they are against the hospitals own database and then verifying with PDS is not always straight forward.

If patient A is recorded in one database as living on ‘Salisbury Road’, and on another database as living on ‘Salisbury Rd’ then to a computer you have a failed match and there is an error, whereas to a human user the records are clearly the same and perfectly usable.  However, where the flow of information is electronic, and interpretation performed by computers the situation becomes very much more polarised and a minor error can lead to the failure of the referral mechanism, resulting in a patient being unable to book treatment, or to unknowingly receive treatment under a separate identity.  Such situations are often propagated as treatment staff, having recognised registration problems, will often not have the authorisation to make the changes needed.

It is not surprising then that A&E departments find themselves treating unknown or non-NHS patients which results in the hospital not being able to claim back the cost from the Department of Health.  As part of the NHS Reforms hospitals will become reliant on their own income to fund treatment.  Without being able to verify who they are treating, hospitals will lose out to “ghost patients” and “health tourists” meaning they won’t be paid and won’t have the cash available to maintain their service levels. It is vital to address wider data quality issues now, before the Reform Bill changes the NHS beyond recognition.