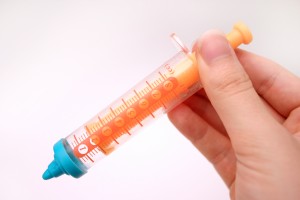 Last week, alarmist headlines warned readers of an NHS ‘killing season’…a period when the average mortality rate increases in UK hospitals due to the intake of newly qualified medical graduates. To counteract this dip in the quality of patient care, the Department of Health has published details of a plan to better provide trainees with the skills they need to hit the ground running. But is it enough…after all it seems the Department of Health are happy to inflict on us medical staff who can’t speak English, so are we any worse off under inexperienced doctors?

We need more than a quick-fix solution…we need to be pre-empting both problems earlier on and providing sustained support to junior staff in the UK by better nurturing their skills and attracting, retaining and developing the very best home-grown talent from the start.

At present, it is reported that patients admitted to British hospitals in an emergency on the first Wednesday in August have, on average, a 6% higher mortality rate than those admitted on Wednesday the previous week. The Department of Health’s measures to eliminate this ”blip” look to smooth out the change-over period in August by introducing strategic, targeted training which aims to better prepare trainees for the reality of life on the wards.

The Department of Health has stressed the importance of a better transition period: “Our aim is to ensure that all junior doctors spend a minimum of four working days shadowing the job that they will be taking up and completing a Trust-based induction.” It’s this kind of exercise that will lessen the shock-to-the-system reaction which seems to be fairly common when juniors first have to face the literally life and death situations that they come up against on duty…another shock to them must be the hours they are suddenly expected to work and the exhaustion that results. Most of the working world has already worked out that by helping new starters to become more familiar with their new working environment, combined with a thorough handover of their responsibilities, they will be better prepared for flying solo.

Indeed, it’s encouraging to see that trials in Bristol of week-long shadowing and additional teaching have reduced mistakes made by new doctors by 50%. If this is truly representative of the benefits, I’d say that we’d be short-sighted to set this kind of skills development at just four days. The plans put in place so far are a great start, but more can be done both in advance and in the longer term to not only bring these statistics down, but to ensure that the very best doctors are providing the very best care in our hospitals.

To attract home-grown talent we need to be encouraging Britain’s young people into medical training, from an early stage. Over the past eight years, nearly 200 UK nationals have headed abroad to train as doctors and dentists at medical schools in the Caribbean alone. We need a system in place that can attract and retain the skills we have in the UK in a world that has become globally competitive for such talented individuals.

It’s important that we’re looking at the longer term effects of the culture too when shaping the way we go about training juniors. A recent report highlighted that during their training junior doctors do not feel valued by their superiors or the organisation as a whole: managers (83.3%), the chief executive (77.7%), the organisation (77.3%), the NHS (79.3%). These figures are not a surprise when you poll at the bottom of the heap…same in most professional sectors I would say.

So what’s in store for all of us who might fall sick next month? It’s thought that 7,000 junior doctors will voluntarily begin the new induction scheme later this month, before they start their posts in August. Compulsory from next year onwards, this personalisation of skills development is a big step towards improving patient care at this crucial time. Whilst more can be done to improve training, it is certainly a good sign that at least things are moving to bridge the massive gap between being a student and becoming a medical professional…safer too!