It has always been a male thing…adolescent boys hunkered down in their dim, fetid bedroom fantasising about computer generated heroes…no interpersonal skills and no hope of a girlfriend. Why is it always boys? When does it start? Why do they always seem to “get” IT?

At the risk of upsetting our female readers, I suppose most men like gadgets and geeks just take this to the extreme becoming the early adopters in society. To turn this around then, they are smart, aware and engaged with technology.  This is a stereotype that girls just don’t seem to enjoy, either as potential IT users themselves or by having geeks as friends.

In the mid-2000s, Geek Chic became fashionable and there was a slight surge in girls wanting to look nerdy.  TV programmes like “The Big Bang Theory” though, have done nothing to encourage girls into technology as they portray girls in the industry as plain, desperate and un-dateable.

But girls are missing a trick here, as research by eSkillsUK, the sector skills council, shows that 1 in 20 of the total UK workforce is employed in IT…jobs in the sector are growing nearly 5 times faster than the UK average…over half a million new entrants are needed to fill the jobs over the next 5 years.

Over a number of years eSkillsUK have made inroads into understanding the psyche of young girls, finding that 11-14 years old is where their interest in IT gets closed down.  Whether this is down to the school syllabus, the subject matter or purely down to the scarcity of other girls in IT to relate to, is up for debate, but eSkillsUK have tackled the problem on all fronts.

The first indications that female students are beginning to show an interest in Information Technology were probably missed by most of us, but figures released this week by the Joint Council for Qualifications show that more girls in total took the ICT GCSE qualification this year: 38,608 in 2013, compared to 32,994 in 2012.

Girls have also excelled from an achievement perspective: 30.9% of female candidates achieved an A* or A grade, compared with 23% of males. But less of the male ego bashing, the ICT entrants as a  whole did well, since only 21.3% of all GCSEs receive an A* or A.

While there is a long way to go, if you believe as I do that the IT talent in UK plc is worth developing because its output is likely to drag us out of recession, give a girl geek a pat on the back.

Apparently, grouse in the UK aren’t yet healthy enough to shoot this year as the bizarre weather has stunted their development…in other news though; the month of August has triggered the annual influx of newly qualified doctors into hospitals across the UK, signalling the start of the annual open season on patients. 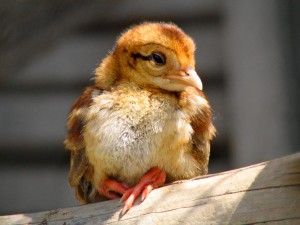 The ’Killing Season, so called because research shows that the 6,000 new doctors that are already in place at our hospitals are putting patients at risk, prompting a six per cent rise in unnecessary deaths. We know this as a matter of record, and the Government finally responded to the issue last year.

There is now a mentoring scheme to ensure that graduates have access to support from more senior medical staff as they learn the ropes. The Independent reported that the mentoring scheme requires junior doctors to shadow their predecessors for a minimum of four days before they start their jobs on 1st August. It must be nerve-wracking for them suddenly to be faced with real live patients…and four days sounds like being thrown in at the deep end to me.

But then…it’s worked well in University Hospitals Bristol, figures showing that there were 52% fewer errors made by the junior doctors on the scheme in the first four months. This is great news for all those patients who might not want to replace the grouse as “fair game” this August.

So, problem solved then? Well, this certainly goes some way towards it, but we can’t congratulate ourselves just yet as the EU’s Directive around working hours has been thwarting those same junior doctors since 2009. Senior medical professionals have argued that the EU’s strict rules on working hours have been frustrating the development of graduates who need to experience the fullest range of conditions and treatments they can in their first few weeks…or first 4 days if they’re really lucky.

But, by limiting the hours junior doctors can work and train, the EU’s rules are putting them under a strain to perform well while learning an enormous amount of information in a stop/start manner. In October 2012, Professor Norman Williams, President of the Royal College of Surgeons, argued that shorter working hours meant that junior doctors are failing to meet a full range of challenges and applauded the Government’s effort to instigate a change to the directive. He wrote that a “48-hour straitjacket has led to too many unnecessary handovers and has resulted in a fragmentation of patient care.”

In February this year, the GMA highlighted the results of the restrictions imposed by the EU working hour’s directive, also. They cited some issues around providing out-of-ours care for patients and being given less opportunity for valuable training causing even more pressure. When so many health authorities agree on a topic, it’s worth noting as it is a rare event…

Working in the medical profession is not like any other, it is literally life or death, and not just statistics. The NHS is at least trying to support new doctors, but with their hands tied by the Directive, how are we to maintain the take up by graduate doctors and save patients’ lives?

I’m with you on this one, Professor Williams….Pull!