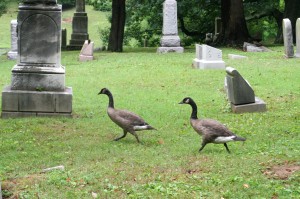 When I heard that the NHS was planning to add a “Death Plan” to patients’ records, I was pleasantly surprised that the management of End of Life Care and someone’s death wishes would be taken into consideration. We often hear that the NHS has no time, or that it’s soulless, leaving vulnerable people to die on trolleys but this is clearly not what the NHS wants nor anybody else for that matter.

I’ve had a Living Will for years now, which specifies everything down to the music to be played at my funeral and family reactions are varied. “Oh, listen…they’re playing your tune” has taken on a whole new meaning.

There is so much news today about dying with dignity and people fighting for their right to do so, that it seemed to me that the whole thing is down to the individual and what they want. It’s a fine line between choice and protection.

The Daily Mail says that patients will need to “sign here if you’re ready for death”. It makes a great scare story.

There are medical professionals who say it is ‘blatantly wrong’ and that it will frighten the elderly into thinking they are being “written off”. One expert said that the guidance was “the thin end of the wedge of assisted suicide”. But if you want to die at home, what can you do other than set down your wishes and sign them?

Some GP surgeries have been cold-calling their patient list to check what they want and have been condemned for doing so. This might not have happened when patients’ had a personal relationship with their GP; when they had more time, GP’s could find out what their patients wanted without appearing blunt. But let’s get over it…those days are gone.

As usual the real problem is caused by peoples’ approach…everything can be interpreted to suit the point of view of the interpreter.

Whilst I don’t want to give anybody the right to legally end my life, I would definitely chose peace and respect over brain damage and broken ribs.

Death Plan…good idea, better way to go about it…?