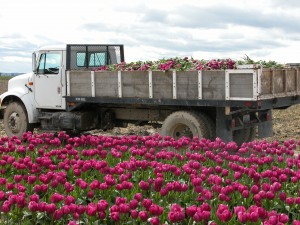 On the drive to work my traffic stream was halted by a huge truck reversing round a corner into the tiny domestic driveway. I gazed at the scene without registering it…thinking about my day and what was waiting for me at the office.

Suddenly the scene snapped into focus and realised how amazing the skill of the truck driver was, reversing while turning 90 degrees, with inches to spare on each side, at some speed so as not to disrupt the rest of us for any longer than necessary.

I realised that the thought of making the same manoeuvre would have brought me out in a cold sweat, especially as it would have had to be performed in front of a host of impatient drivers cursing me for holding up their day.

Now, let’s be clear. I’m not a bad driver. I can pretty much get into any vehicle and drive it. I can park parallel or otherwise, although my concentration slips sometimes and I have done that thing where you set off on a familiar journey and on arrival at your destination, don’t remember how you got there.

The driver of the truck was a man (I’ve never seen a woman truck driver in the flesh, although I’m sure there are many, so please don’t get on your high horse) and that fact took me back to my early staff management training when my lecturer told me that men are better at some tasks and women better at others.

His reasoning was that the male/hunter brain was able to focus on a single task without being distracted by anything else, whereas a female/social brain was programmed to cope with many inputs at any one time. He was telling me this to justify his opinion that women are better at repetitive production line tasks and should be restricted to this type of work, but hey,…it was the 80s.

So, the truck driver can reverse with total focus, while I am programmed to be distracted?

Is this true? Surprisingly, according to the BBC research finds it may be so.

Whilst I believe that there is probably a continuum for brain performance traits with “male” and “female” at either end, I don’t think that all male traits are a male preserve and similarly for females.

Have women and men evolved to perform some specific task better than others? In a business environment which tasks would they be, then?