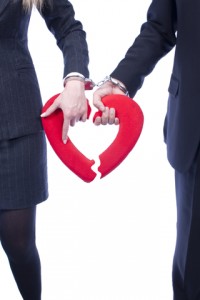 The Virgin rail deal and the G4S security contract for the Olympic Games has brought government procurement to the attention of the general public…people who would not normally have outsourcing outcomes on their radar.

Over my career of 30-odd years in the public and private sectors, I’ve been involved on both sides of the fence as contractor and outsourcer…poacher and gamekeeper. We used to say, “this is not our core business, let’s find someone to do it for us”. The assumption would be that a contractor whose business it actually was would have the skills and expertise to be able to do the work cheaper and better than we could.

In those far off days we used to have the concept of the “Intelligent Customer”…this was a tiny group of knowledgeable staff who stayed within the outsourcing body, able to oversee the work of the contractor and to monitor performance.

Roll forward 30 years and as civil servants became more relaxed with having “someone else” do the job the concept of the Intelligent Customer seems to have disappeared…along with any pretence of monitoring and management of outsourced delivery.
Channel 4 News asks “Do you know who runs your world?”…and the answer is probably “No”.

Government departments are now just “kitemarks” with approved contractors wearing the “badge” of the organisation they have replaced….the skills have been lost in government and there is no going back.

Very few people realise that they are now dealing with private business operators and their rights to question the service and get a response have vanished. Transparency is one of the biggest issues…freedom of information does not apply.

Some of the biggest companies…G4S, Serco and Capita have been awarded business to the point that they are bigger than many government departments. The supply chain is deepening and so many public sector staff have been transferred to the new business providers that the culture has been imported along with them…they are becoming indistinguishable from the civil service they have replaced.

In fact, they could well be in a similar position to that of 30 years ago…asking themselves “is this our core business?”

If the difference between public and private sector workers cannot now be seen by the public how blurred has the line become for those who remain behind in government? How close are the links? And can the taxpayer ever know what sort of deal their getting?